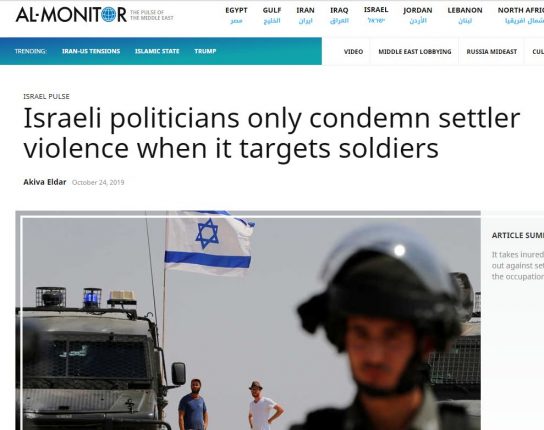 A well-known Israeli journalist, Akiva Eldar, has criticized Israeli politicians for being silent on settler violence against Palestinians, while speaking out loud when settlers attack Israeli army soldiers. Eldar wrote an article in Al-Monitor, in which he said. 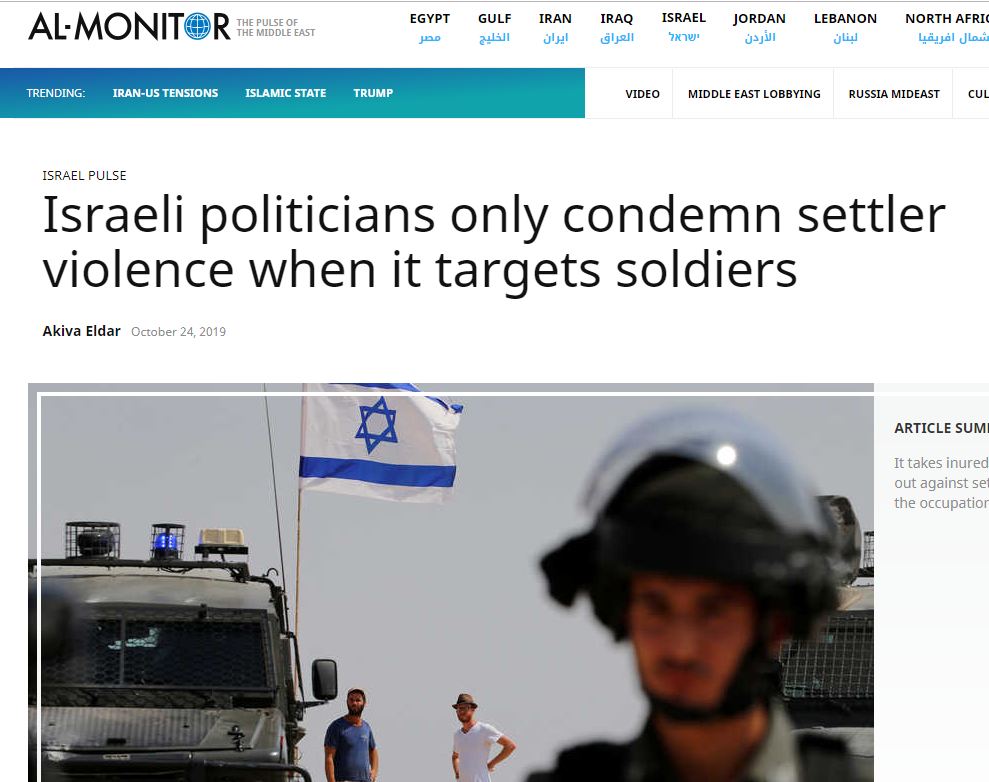 Israeli politicians are silent when the settlers from Yitzhar routinely burn the fields of their Palestinian neighbors and beat up the landowners. Israeli politicians never utter a word when Jewish thugs injure Israeli volunteers who come to the West Bank to accompany Palestinian farmers and shepherds to protect them against settler violence and the theft of their lands, carried out under the auspices of the state and its security forces. Apparently, their moral compass sees a settler who kicks an elderly Palestinian woman who dared harvest her olive trees differently from settlers who throw stones at soldiers. For them, breaking the arm of a Jewish leftist who comes to help an elderly Palestinian woman is not the same as hurting an Israeli soldier sent to protect the Jewish settlers.

The Yizthar incident is no exception. A 2018 case study by the anti-occupation organization Yesh Din stated that settler violence serves as “a vehicle for taking over Palestinian land with state and military backing.” The group’s position paper focuses on 40 incidents documented by its people between January 2017 and March 2018, in which settlers and other Israeli civilians from Yitzhar and nearby outposts including Givat Ronen injured and damaged the property of the residents of six neighboring Palestinian villages. The incidents involved severe physical violence, arson, the slaughter of animals and uprooting or chopping down of trees and crops.

he motives for these crimes as the report’s authors write, “This violence is not incidental or banal. It is part of a system, another link in the chain of measures designed to create fear and horror, which will push the Palestinians from their lands and expand Israeli control over the occupied territories.”