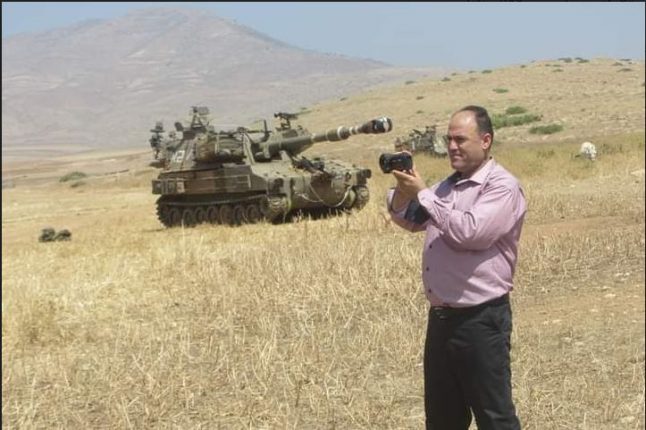 Israeli soldiers arrested the B’Tselem field researcher ‘A’ref Daraghmeh, on Thursday, 31 October 2019, at 10 am. at Tayasir checkpoint in the Jordan Valley. As a human rights activist, he was interrogated in hard conditions that led to his fainting and hospitalization.

After he was detained at the checkpoint for an hour, Israeli soldiers dragged Daraghmeh to a military post in the area and sat him in a chair under the sun heat. An Israeli soldier attacked him. Four hours later, Daraghmeh got worse and fainted and was taken to Afula Hospital for treatment.

“Daraghmeh’s arrest is just one example of many similar cases occurring every day, every week and every month for more than 50 years, as the Israeli occupation authorities devote their power to pressure millions of Palestinians for no reason other than their desire to demonstrate their strength,” B’Tselem statement said.