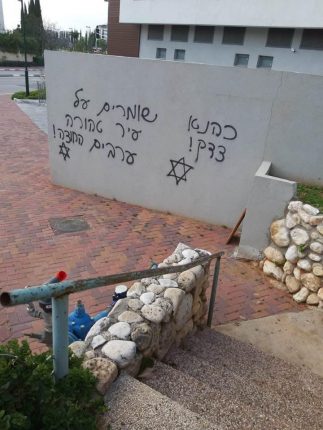 A new advertisement about the widespread racism in Israeli society, as racial slogans and drawings were written in Kiryat Ono city, near Jaffa, built on the ruins of the displaced Palestinian village (Kafr A’na), where racial Jews wrote phrases on the walls saying:

“Kahana was right, let the city pure – the Arabs out 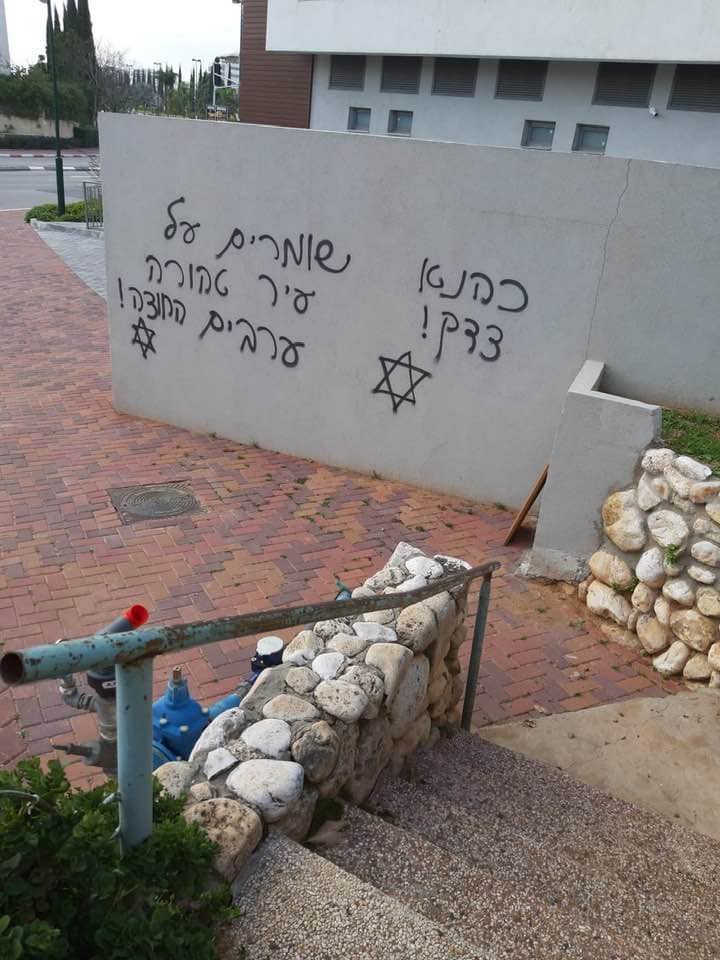