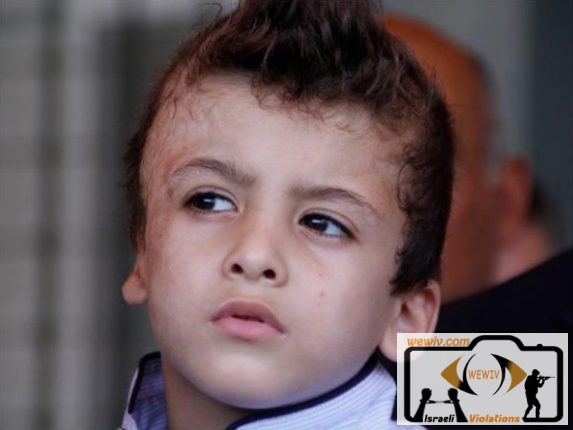 Hussein Dawabsheh, grandfather of the child (Ahmad), the only survivor of the massacre in which his entire family was burned by terrorist settler gangs, during a trial against the settler Ameram Bin Ole’el who is convicted with burning the family:

“Yesterday, I prepared Ahmad for school, he had to wear a mask against Coronavirus, I tried to put it but it was not fit because Ahmad lost one of his ears which was burned during the crime, then Ahmad told me”:

“Why I was treated in this way?

How can I go to school?

The answer is that the occupation government which sponsors and funds settlement, and provides settler gangs with support in order to practice their terrorist acts against Palestinians in the Palestinian towns and cities, has made Ahmad’s life (Ahmad Dawabsheh) in this way – it denied him of his mother, father and brother, and left him suffering consequences of the burning by which Tel Aviv rulers have to take responsibility.