An incitement campaign was monitored through WhatsApp application,this campaign  was circulated by Israeli extremists, who raised the slogan “Let us burn the Arabs”, calling on young Jews to acquire knives, pistols, batons, gas bombs and weapons to carry out attacks against Arabs on Jaffa Street in occupied Jerusalem and direct them to where to buy these weapons.

One of the messages says, “We do not want Arabs in this land, this is the land of the Jews. Their ugly faces must be smashed and they are buried alive. We should not be afraid of them, rather they are supposed to fear us, we want a land with a good life. Bring all the weapons from your homes, let’s burn them. 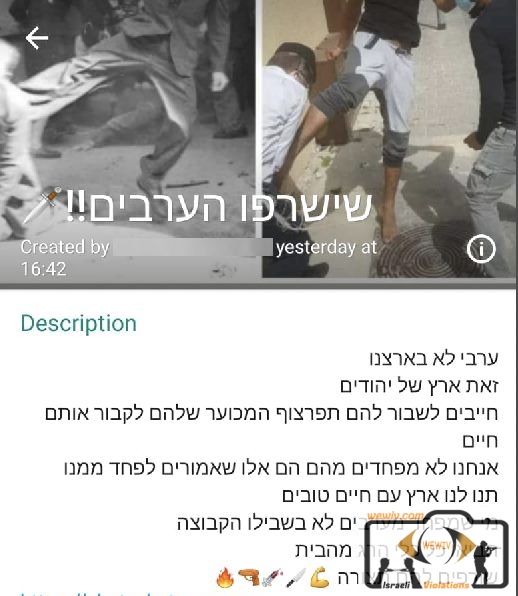 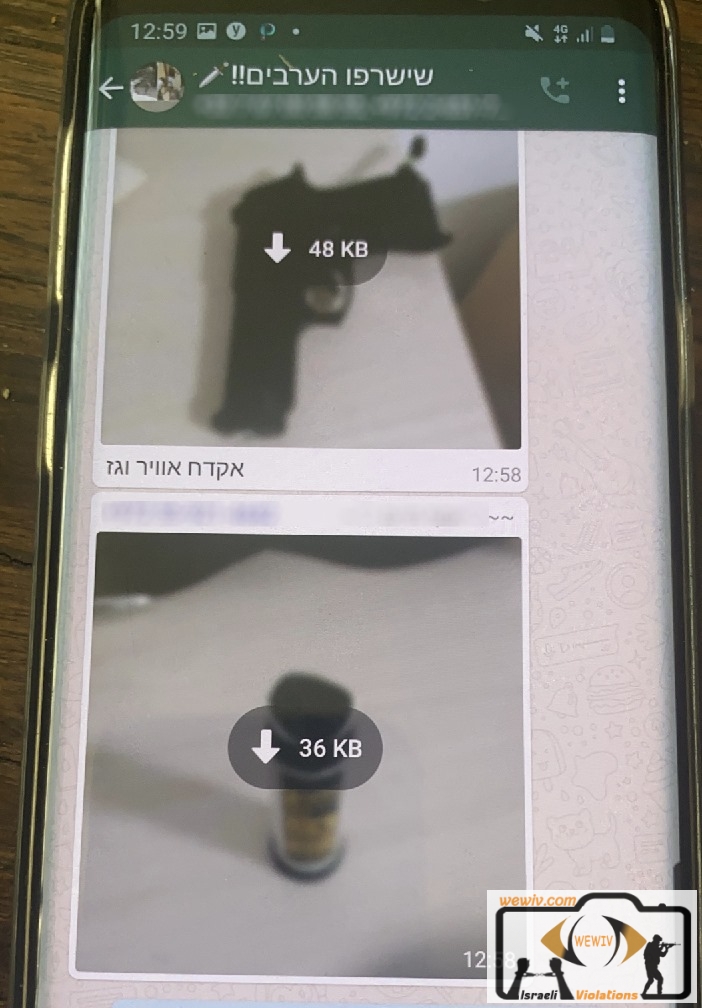