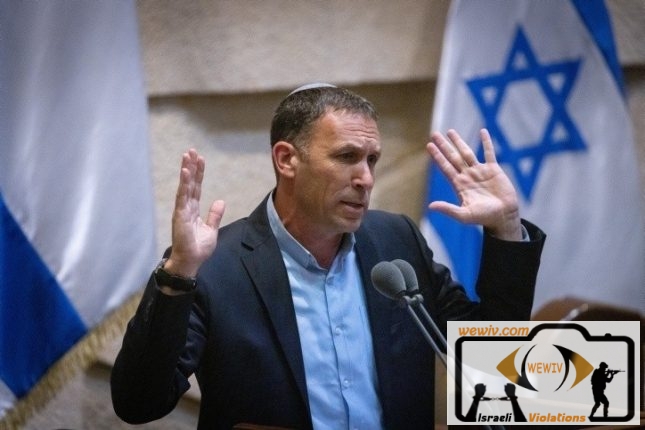 Video – Deputy Minister in the Israeli government: If There was a Button to Hide Arabs, I would Have pressed it.

In a racist statement by a deputy minister in the Israeli government, Matan Kahana, deputy minister of religious affairs in Bennet’s government, said that he thinks the prospects of achieving peace with Palestinians in not possible in the near future, adding that “if there was a button to hide Arabs from here, I would have pressed it”, according to the official Israeli radio “Kan”, Tuesday 14-6-2022.

Kahana, a member of  Yamins party led by Bennet, talked during a lecture in front of students in the school of “Derkh Avot” in the settlement of “Ifrat” located on Palestinian land between Jerusalem and Bethlehem.

In his speech to the religious high school students, Kahana said, “If there was a button that could be pressed, and hide all the Arabs from here, I would have pressed it. But there is no such button, perhaps we are supposed to be here alone on this land”.

Kahana added in the lecture saying “there is a belief that if we withdraw and returned back to the borders of 1967, there will be two states living together peacefully, this is bullshit, not correct I don’t believe in this”.