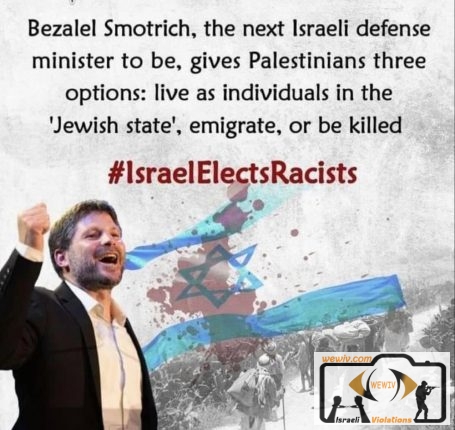 Bezalel Smotrich, the Religious Zionist party, the expected minister of the army in Netanyahu’s government, gives Palestinians a number of choices:

This is the way how this extremist Zionist – who is living in the settlement of Kadomem in the north of the West Bank – thinks.

This is how the policy of the upcoming government of the settlement right – which does not believe in peace of giving Palestine rights – will look like. 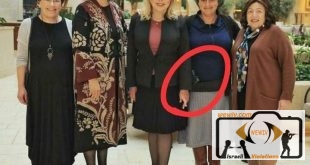 Racism in its Highest Levels – Eyala Ben Ghafir – as a Model

In a country that claims to be the only democracy in the middle east, Wife …