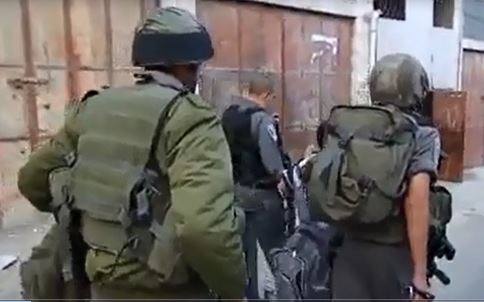 Jerusalem – The Israeli forces arrested 13 children and a young man after they raided different areas in the occupied city of Jerusalem. The occupation forces arrested four children from Beit Hanina and sent them to investigation ‘Russian Compound’ prison, the children are: Yousef Abu Rumaila, Majid Taha, Mohammed Al-Bakri, Ahmad Al-Bakri, they are aged between 14 and 15 years old, they also arrested each of: Sharif Rajaby, Ihab Sarhan and Mohammed Razim from Silwan, in addition to the citizen Essam Sidir from At-Thury neighborhood in the city.