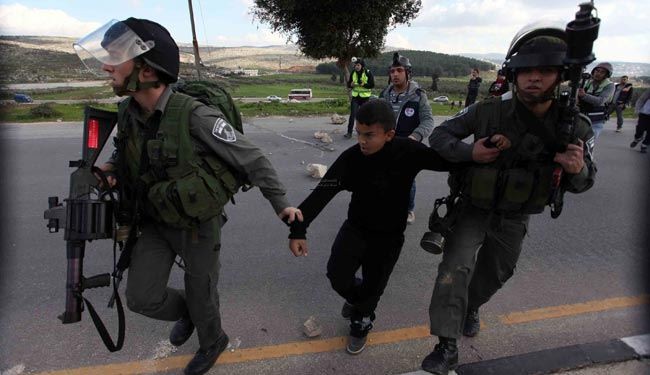 Jerusalem: Israeli forces arrested a youth in al-Aqsa yards and sent him for interrogation.

Ramallah: IOF arrested 10 children and wounded 2 near the settlement of BASAGOT located in Ramallah lands.