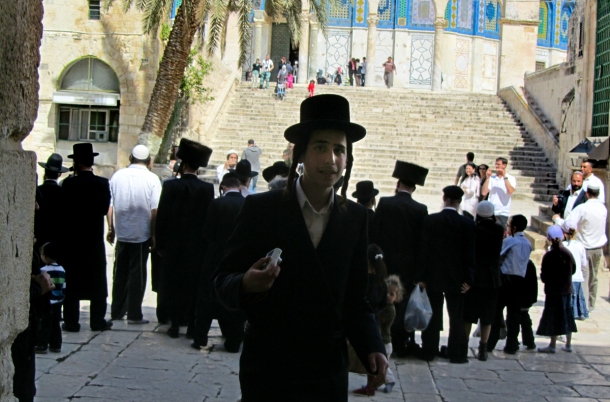 Jerusalem: A number of settlers performed, on Sunday morning, Talmudic rituals and rites in front of Bab An-Nathir “Al-MAjlis”, one of the Al-Aqsa mosque main gates. The occupation forces stationed there did nothing to prevent them.

Jerusalem: Settlers organized intermittent rallies in the Old City last night, during which they were singing and dancing in the alleys of the Old City of Jerusalem, on the occasion of the so-called ‘Jerusalem Day’, when ‘Israel’ annexed the eastern part of the city as its capital.

Jerusalem: “Channel 7 reported that” Agriculture Minister Uri Ariel announced his intention to storm Al-Aqsa mosque on the occasion of the so-called ‘Jerusalem Day’, also called to build the alleged temple.