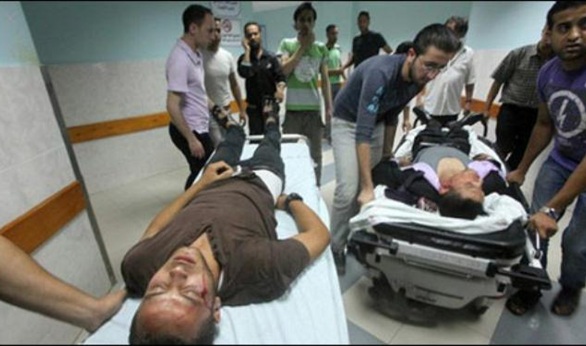 Jerusalem: A child was injured yesterday evening, by a rubber-coated metal bullet that caused a fracture in his head, during clashes in Issawiya village in Jerusalem. Medical sources said that the child Mohammed Issa, 11 years was wounded by a rubber-coated metal bullet in his head causing a fracture in his skull, referring that he is to be transferred to ‘Hadassah Ein Karem’ hospital for treatment.
Bethlehem: Three young men were injured with rubber bullets and suffocation due to clashes with the occupation forces after a march to condemn the wall that seizes land of Beit Jala march.
Hebron: Dozens of citizens suffered from suffocation during clashes with Israeli forces at the entrance to Seir town, east of Hebron in the West Bank, the sources reported that the clashes broke out after hindering the movement of citizens across the Bayt Einoon junction, the main entrance to Seir, the occupation forces fired rubber bullets, stun grenades and poison gas causing the injury of dozens.
Hebron: The Israeli occupation forces assaulted two girls by beating, when they stormed a house in Beit Ummar town, north of Hebron, a source said that the Israeli forces raided the house of Khalil Mahmoud Abu-Dayya in Safa area, north of the town, and assaulted the girl Nabeila Khalil Mahmoud Abu Dayya, 20 years, by severe beating all over her body. 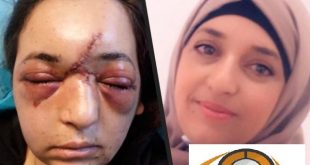