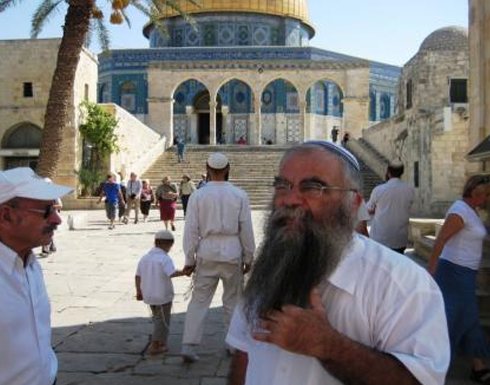 Jerusalem: Human rights sources confirmed today, that the Israeli occupation authorities handed in the last hours exit citizens of five citizens from the occupied city of Jerusalem and Al-Aqsa Mosque.
Jerusalem: Special occupation forces stormed Al-Aqsa Mosque, and embarked emptying it from worshipers, by launching sound bombs, rubber bullets, and beating them with batons.
Hebron: The Ministry of Awqaf and Religious Affairs said that the occupation authorities will close Al-Ibrahimi Mosque in Hebron on Tuesday and Wednesday next, because of Jewish holidays.