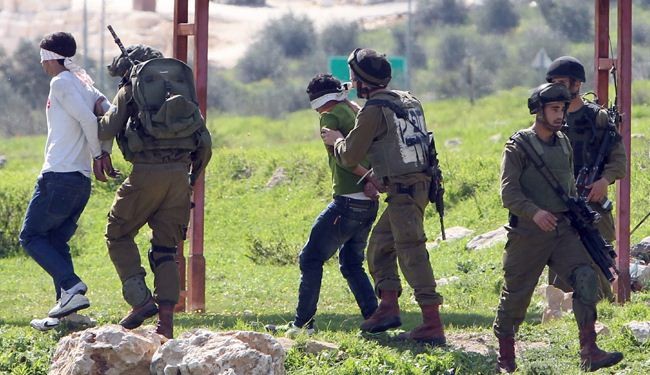 Hebron: Israeli soldiers arrested on Sunday, 12 citizens during the raid and search operations carried out in Hebron city and in the villages, towns and camps of the Governorate. Sources reported that Israeli forces carried out raids and incursions in the neighborhoods of Hebron, and the towns of Surif, Yatta, Beit A’wwa, Beit Kahil and Al-Fawwar Camp, and stormed several houses.