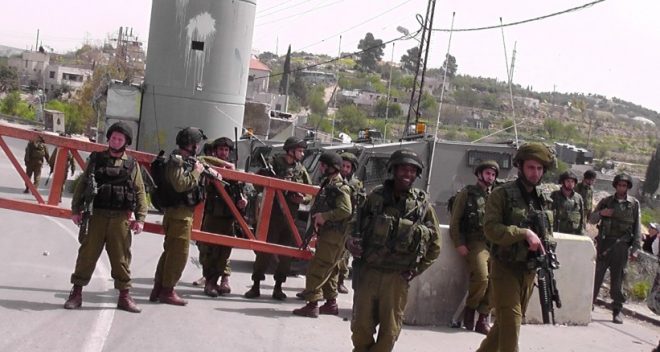 Jenin: Israeli occupation forces prevented, yesterday evening, a citizen from A’rqah village, west of Jenin, located along the apartheid wall and ‘Shaked’ settlement built on the territory of the governorate, from entering his land for cultivation.
Ramallah: Israeli occupation forces closed, today, the roads leading to the villages located in the northwest of Jerusalem and fully isolated them from the outside surroundings. Local sources reported that Israeli soldiers were deployed near the Al-Jadira Bridge in Bir Nabala, and prevented citizens from entering the (Al-Jadira, Bir Nabala, Beit Iksa, Biddu and Qatanna) villages, and many of the villages northwest of Jerusalem completely.
Hebron: Israeli forces tightened the closure of roads leading to Beit Ummar, causing a traffic jam on Jerusalem – Hebron Street.