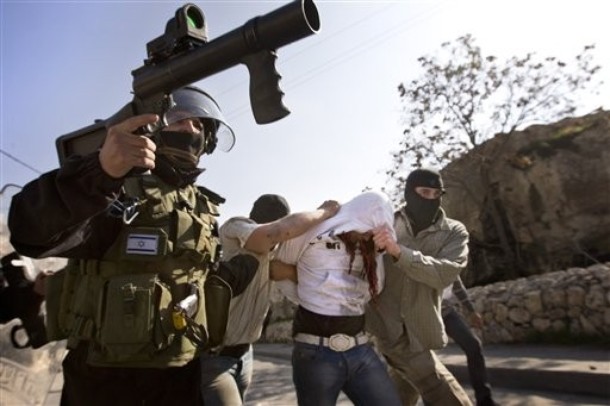 An Israeli border police officer escorts undercover police officers as they arrest a Palestinian during clashes in the east Jerusalem neighborhood of Silwan, Friday, Jan. 28, 2011. Clashes erupted during the weekly protest against the Jewish enclaves in the village. (AP Photo/Sebastian Scheiner)