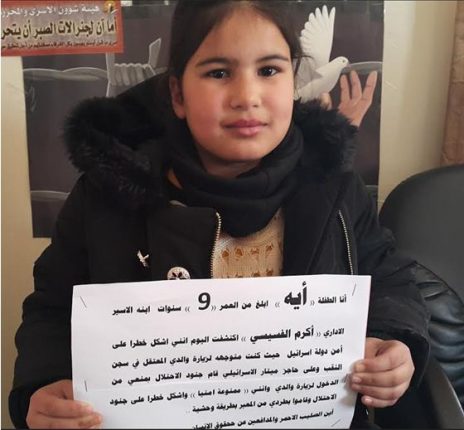 Israeli authorities prevented a Palestinian child 9-year-old from visiting her father Akram Faseesi from Hebron in the Israeli prisons in Negev. His daughter Aya attempted to visit her father on 8-12-2015 but soldiers at Metar checkpoint prevented her from passing but allowed her brothers to pass, leaving her by herself.