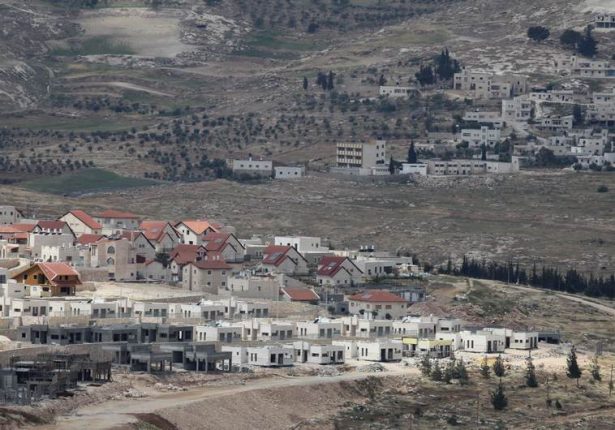 A view of at new neighbourhood being built in the settlement town of Tekoa in the Gush Etzion area south of Jerusalem. April 25,2011. Photo by Nati Shohat/Flash90. *** Local Caption *** ú÷åò ääúðçìåéåú âåù òöéåï äúðçìåéåú

Israel has locked the West Bank and Gaza Strip borders citing safety concerns ahead of the Jewish new year. Meanwhile amid preparations for celebrations Israel approved plans for the construction of yet another 98 homes for settlers in the occupied West Bank.
The border closure took effect on Sunday at 12:01am. Only in the cases of medical and “humanitarian” emergencies will people be allowed to cross the borders, with the prior approval of the Coordinator of Government Activities in the Territories (COGAT) the Israel Defense Forces (IDF) said.

The Rosh Hashanah holiday begins Sunday at sundown and ends Tuesday night. The restrictions will be lifted on Tuesday at 11:59 p.m., or depending on a “situational assessment.”

As Israelis are focused on preparations for celebrations, the Peace Now advocacy group revealed on Saturday that Israel has approved nearly 100 more homes as part of an illegal settlement construction.

According to the NGO, construction in the West Bank Shiloh settlement was given the green light in order to relocate Jewish settlers of the Amona outpost whose houses will be demolished by December by a court-order.

Two years ago Israel’s Supreme Court ruled that the outpost in Amona had been illegally built on private Palestinian land and ordered Israel to return the land to its original owners.

To compensate for their loss, authorities approved the construction of 98 new housing units in a settlement, located north of Ramallah. Those plans were finalized by the Civil Administration’s Planning Authority on Wednesday, according to a Channel 2 report. The channel added that additional 200 units will be approved before the second stage of construction begins.

The deal was sealed as world leaders gathered to honor the life of the former President Shimon Peres who passed away aged 93 on Wednesday.