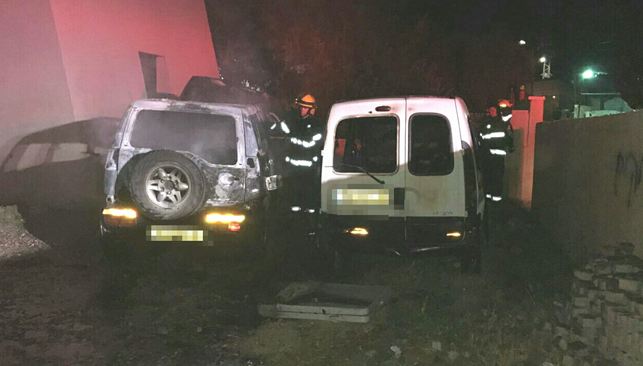 Unknown men, suspected of being members in the racist Jewish gang of “Price-Tag”, attacked this morning Arab properties in the Arabian town of Ara, north of Israel, and wrote racist phrases in Hebrew on walls threatening Arabs.
In the morning, fire was set into two cars and phrases were written inciting against Arabs, stating “Administrative Price-Tag” and “Farwell to deportees”.
Israeli police issued a statement stating that “writings by Price-Tag was revealed on the walls of a citizen’s house, and fire was set to two cars, without reporting any human injuries”.