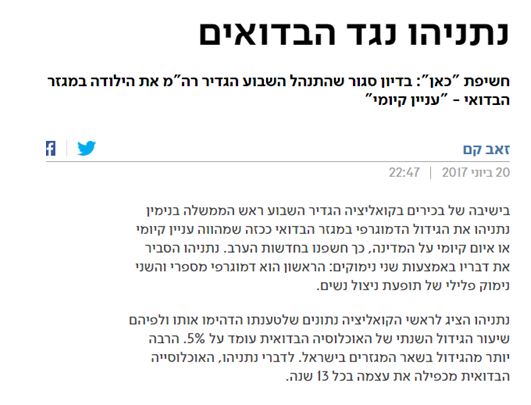 Netanyahu Incites Against The Bedouins in Israel

Prime Minister Benjamin Netanyahu said that “The increasing number of Bedouins threatens the existence of Israel”. During a closed session with senior Israeli officials, Netanyahu said that the population of Bedouins increased 5%, and this percent exceeds the general pace in Israel. He also talked about polygamy which is banned according to the Israeli law, and called for drawing a national plan to deal with this phenomenon. Netanyahu added that the number of Bedouins doubles every 13 years. (Israel Radio)