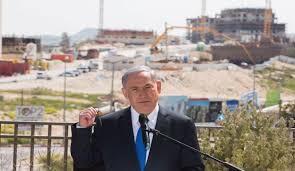 In the context of settlement promotion policy which the settler government headed by Netanyahu pursues, the Israeli occupation municipality in Jerusalem plans to build 600 new settlement units in Jabal al-Mukaber , in occupied Jerusalem.

The new plan comes for the expansion of (Neve Zahav) settlement. these settlement units are added to 350 units that were planned according to the same project in 2017.