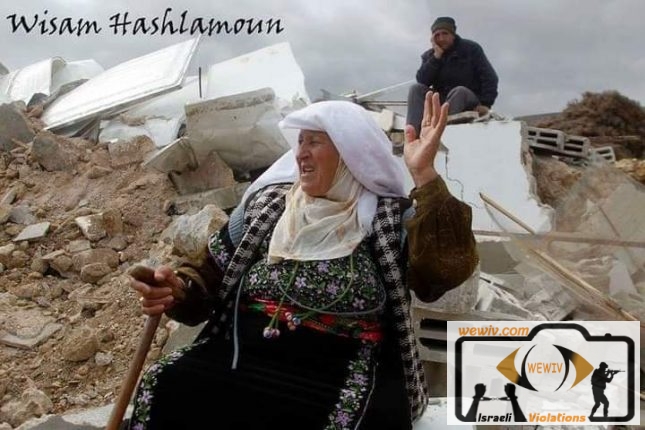 This Week, Israel is going to take two exceptional steps in a continues effort to uproot Palestinian communities and displacing their residents in order to confiscate their lands:

Israeli confiscated on Monday 1.2.2021 most of the houses and stockyards in the community of Humsa. This community had been demolished in November 2020, when the world’s eyes were the United States’ presidential elections.

If the occupation army needs to cover up its crime in what so-called the settlement local council of “Drom Har Havron”, he doesn’t feel that he has to make up security pretexts to displace Palestinians. In a statement sent to the Jewish residents, The council welcome the military training, and said that “this is one of the means to impose sovereignty , and to take over the open areas to impose order and law”.

The people who made up the idea of displacing residents from their lands through “military trainings” don’t have consciences and will not stop displacing Palestinians. The international community, in particular the new administration of the United States, must clarify to Israel that it will not be immune against such crimes.