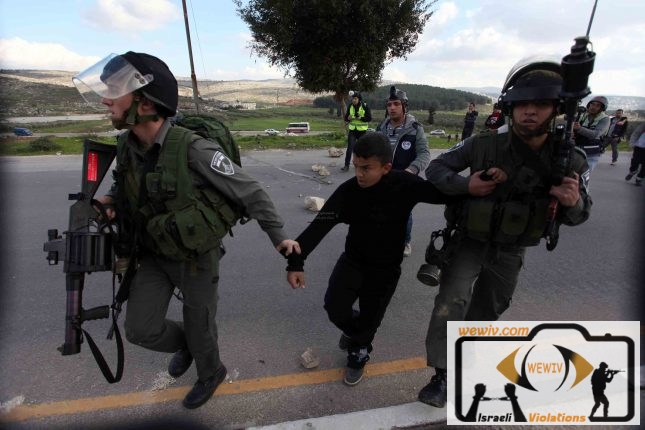 Towards Restricting Admission of Israeli Students to Western Universities

In one of the television interviews, “Yehuda Shaul”, a former soldier who served in the Israeli occupation forces in the West Bank, says that any Israeli soldier who served in the occupied Palestinian territories cannot have clean hands, just by serving in the army in the occupied territories, “he cannot treat the Palestinians as equal beings with you who have rights like all other individuals”, tell Shaul. Shaul continues that during his military service in the occupied city of Hebron for 14 months, his military division was forced to inform the Palestinians daily that there is an army that could come to them from anywhere and unexpectedly, with the aim of prevent any thought of any act of resistance against Israel, and this necessitates the establishment of permanent and temporary military checkpoints and curfews on Palestinian towns and villages, and random daily raids in their homes and excavations without the need for any prior intelligence information.

Not only that, the Israeli army serving in the occupied Palestinian territories is given many aggressive tasks; including the protection of settlements, Palestinian families and the destruction of their homes and they do not hesitate to kill any Palestinian participating in any protests condemning the occupation. Evidence of premeditated and unjustified killings is overwhelming, and in most cases, none of these crimes are investigated by the occupying forces. Let us not forget that all these tasks are considered serious crimes comparable to war crimes and are criminalized by International Law, and fall within the crimes of persecution and discrimination which have been the subject of several international reports condemning the occupying power, such as Amnesty International, Human Rights Watch and B’Tselem reports.

On the other hand, International Boycott Movements actively encourage Western Universities to academically boycott the occupying country. For example, the International Academic Campaign against Israeli Occupation and Apartheid plays an important role in academic forums to expose violations of the Israeli occupation and generate resistant knowledge and academic boycotts. In addition to the International University Campaign, there are real and significant achievements made by the Worldwide Boycott Israel Movement. These achievements were represented by the acceptance of the principle of academic boycott by universities in Britain, Australia, and many Western universities. The COPLAC Federation has also played a leading role in Latin America by boycotting Israel and attracting universities to the Palestinian cause. Despite all these appreciated efforts, the majority of Western universities that boycott academically the Occupying Country still accept Israeli students who have served in the occupying army in the West Bank and settlements. Such behavior is fundamentally incompatible with the principle of boycott on the one hand, and on the other hand, with international values ​​and the system of International Law which criminalizes the occupying State of Israel and accuses it of perpetrating crimes of persecution and discrimination. In this context, it should be stressed that the acceptance of Western universities for Israeli students who have served in the occupying forces in the occupied Palestinian territories and settlements encourages the continuation of the occupation and is considered, in a one way or another, as an implicit undertaking to accept the continuation of the occupation regime. In this context, restricting the admission of Israeli students seeking admission to Western universities on the condition that they do not serve in the West Bank and settlements is in line with international and academic values ​​and sends a clear message to the state occupier that the world academic community rejects the principle of the occupation of others’ lands by force as stipulated in the International Charter. Accordingly, the call of the International Campaigns to Boycott Israel for Western universities to restrict the admission of Israeli students on this basis is considered effective in international advocacy campaigns for the Palestinian cause. Indeed, the admission of students with a history of crimes against humanity is considered as acceptance and participation in these crimes.