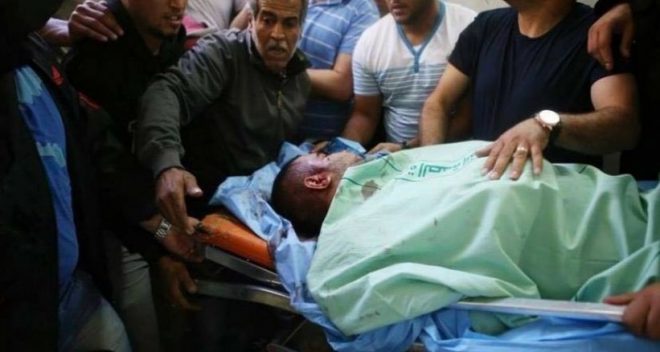 The Israeli organization of “Betsleemm” published on Sunday 12-7-2015 a video recording shows the Israeli Leader of IDF in Ramallah area, Yesrael Shumeer, while shooting the Palestinian adult Mohammad al-Kasbeh in the town of Ram near Jerusalem.

The Video shows that the Israeli leader Shumeer was not in danger when the Palestinian adult threw stones at his car before escaping. Shumeer, accompanied by another soldier, got out the car and shot dead al-Kasbeh.

It’s worthy to mention that the al-Haq instituition said that al-Kasbeh 17-year-old was killed as a result of excessive force when Israeli leader shot him in the head.