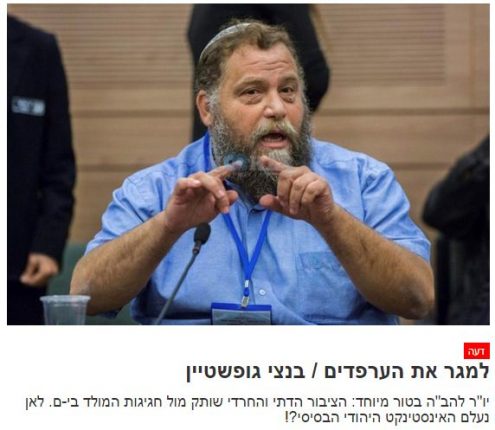 A religious rights organization on Monday called on the police to investigate the head of an extremist anti-assimilation group after he published an op-ed branding Christians “blood-sucking vampires” and calling for them to be expelled from the country.

Bentzi Gopstein, leader of the Lehava organization, penned an article published on the ultra-Orthodox Kooker website last week decrying the “lack of spiritual security” he’s felt in Jerusalem of late because of “our deadly centuries-old enemy — the Christian church.”

Last month, a dozen Lehava protesters headed by Gopstein demonstrated outside a Christmas event at Jerusalem’s YMCA, decrying what they termed the “murder” of Jewish souls.

Shouting, “You murdered us in exile,” and condemning European blood libels and historical persecution of the Jews, the small group waved Israeli flags and sang Hanukkah songs outside the venue, with some signs urging all the “impure” Christians to leave the Holy Land.

In his Kooker article published December 17 in Hebrew, Gopstein called the establishment of the State of Israel in the mid-20th century “the most ringing slap in the face the church ever received” after centuries of failed attempts to eliminate the Jews. Since violent methods failed, he writes in his diatribe, “it was decided to invest billions of dollars over the years in order to gain a foothold in the Holy Land and disseminate spiritual poison” through missionary work.

“The Christian is no longer considered a threatening vampire, rather a pleasant, friendly tourist and partner in the Western culture that dominates our lives,” he said, blaming the Israeli education system for not instilling enough Jewish education in students. “The vampires can send a message of thanks to the government of Israel for making their work much easier.”

He called on all willing Jews to raise a cry “and fight the devious phenomenon,” referring to Christianity as “that accursed religion.”

“Christmas has no place in the Holy Land,” he concluded. “Missionary work must not be given a foothold. Let’s throw the vampires out of our land before they drink our blood again.” 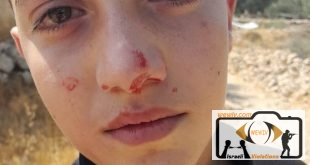